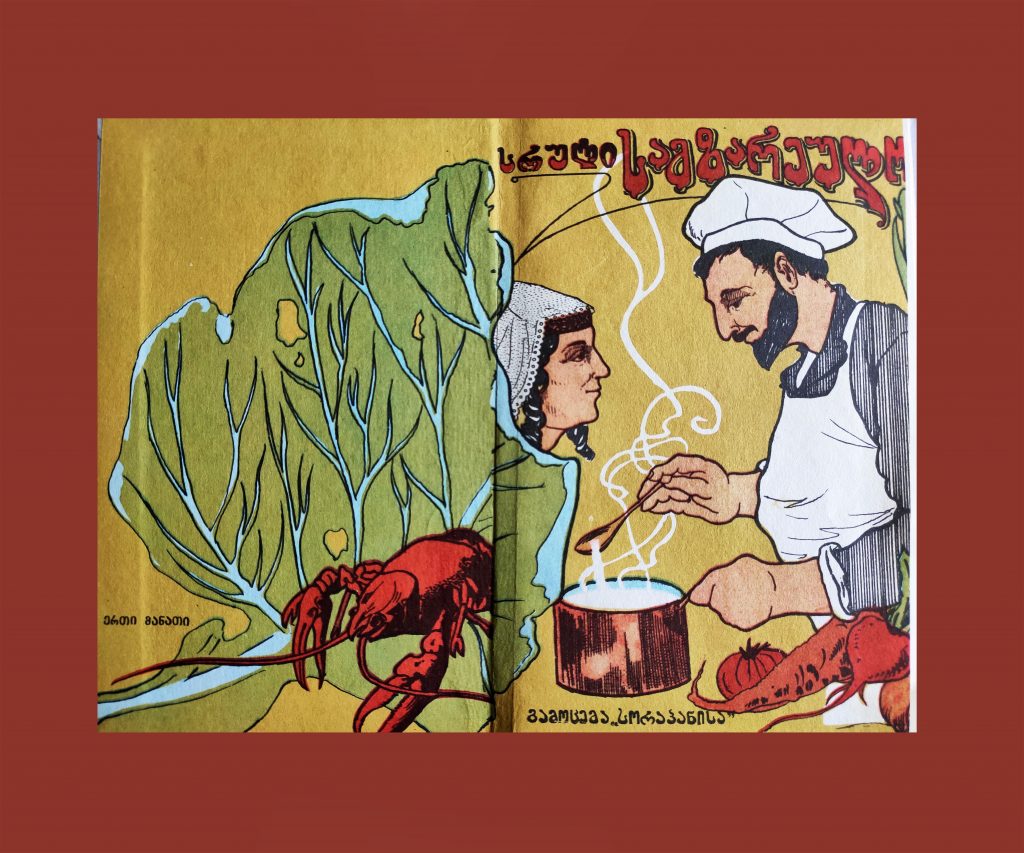 Barbare Jorjadze was a Georgian writer, women’s rights activist, and author of the XIX century.  Her first cookbook was published in 1874, in Georgia.

She was a noblewoman, though she never avoided her domestic duties and took care of her family. She also called other housewives to take care of their families in order to be strong.

Furtherly, she decided to write a cookbook. She felt that good health is the key to the success and life of the nation, and health depends on healthy and rich food. She also felt that proper cooking had decisive economical meaning.

“Unexperienced housewife always spends an unnecessary amount of ingredients while preparing dishes and fails to make rich and nutritious food.”

We read in the foreword written by her daughter Manana Jorjadze. She published the second edition of the cookbook.

I first saw her book in my teenhood. It is written with some old Georgian words, slangs, dialects, though as I was raised in the village and read old books, it was easy for me to understand the book then and now.

The book requires a general knowledge of the cuisine, cooking skills, and a little bit of imagination. Barbara divides the book into two parts: Georgian and European Cuisine. That is why the book is also very significant for us now. It is proof that before the all-swallowing-soviet-era, we had quite rich and diverse cuisine, with a tremendous list of ingredients, cooking methods, recommendations.

Thus, it is more than just a cookbook. It bears the history of the everyday nutritional life of the XIX century luxurious people in Georgia.

Sometimes, I am exploring her cookbook “Georgian Cuisine and Tried Housekeeping Notes”. From time to time, I shall post the recipes from her book, I managed to figure out how to do it.

For further reading about Barbare Jorjadze, you can read my interview and very delicious article by Lauren Collins for New Yorker – The Culinary Muse of the Caucasus.